Mowgli, who is raised by Akela’s wolf pack, goes on daily adventures with his friends, Baloo and Bagheera, and tries to help any animals who are in danger.

Charlie Chaplin is a shy, awkward and touching man dressed all in black, wearing a mustache and bowler hat, who is never separated from his cane. Chaplin has only one goal in life: To help others.

Young Robin and his friends stand up to Prince John’s whims, in a fun show where fantastic action, magic and friendship combine to make a happy mix.

Teenage child prodigy Tony Stark and his alter ego, Iron Man, use high- end technology to fight against the evil masterminds threatening the peace of mankind. His friends James ‘Rhodey’ Rhodes and Pepper Potts help him on his heroic armoured adventures. 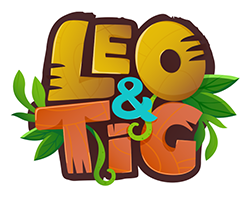 Leo & Tig are two young friends living in the wild nature of the Far East. They are always excited to discover something new in the world around them with its beauties, dangers, and legends.

Sixth graders Art, Vic, Phil, and Kira find a laptop with an unusual adventure game, «Heroes of Envell». The laptop unveils a secret portal to enter the game world.

Set in modern-day Paris, the series focuses on teenagers Marinette Dupain-Cheng and Adrien Agreste. When evil arises, Marinette transforms into her secret superhero persona Ladybug, while Adrien transforms into his superhero persona Cat Noir, using magical jewels known as the Miraculous. Oblivious to each other's true identities, the two work together to protect Paris from the mysterious villain Hawk Moth, who covets and attempts to steal their powers by using his akuma, butterflies infused with negative energy, to transform everyday citizens into supervillains

The animated series “Fantasy patrol" tells about the incredible and exciting adventures of four young sorceresses. Their names are Helena, Valery, Mary and Snowy. Three friends come to the fairytale park – the city of Myshkin, and get to know the girl Helena, who lives there. When they have coped with challenges and differences, the girls become true friends. Together they create a team to control the fantastic forces, thus keeping the peace in the world of people.